April 17, 2015
These book cafes make sure that Pune’s reading culture doesn’t die out. 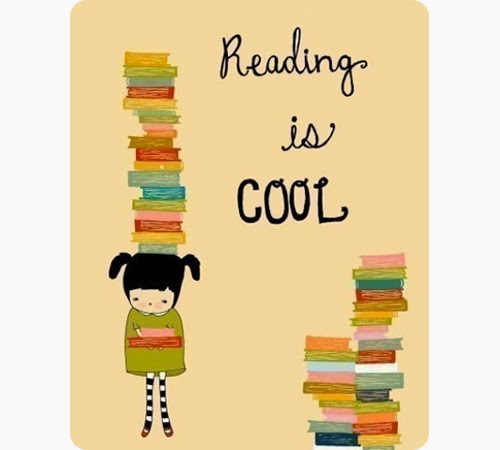 The rise in cafes dedicated to their love for books as much as food is a reassurance that reading as a passion is still alive. Pune’s bookworms have quite a few options where they can sit in a cosy corner and enjoy flipping pages of their favourite books while snuggling up to a hot cuppa.

Pagdandi Book Cafe, Baner, Pune
Pagdandi – Books/Chai/Café, Baner
When you have a backpacker and a yoga teacher bringing together their entrepreneurial minds, what you get is Pagdandi. The cafe has a library, comfortable mattresses to sit on, a small cafe space and board games if you want a break from reading. Live acoustic jams, storytelling circles and open mic are hosted regularly to bring together a group of aspiring writers. Their kahwa and hot chocolate with marshmallows are highly recommended. You can also tuck in a bowl of hot Wai Wai while reading your favourite book.

Cafe Nook
Café Nook, Balewadi
What started off as a bookstore doubled up soon as a bistro. With a dedicated library space, Café Nook offers you good food with the company of good books. Dig into their Chicken Satay Sandwich made using their home-made bread as you read a novel or dine over a game of cards with your friends. They also offer books on rent. Going beyond the scope of a traditional café, Nook’s owners also organize cycling, trekking and weekend camping trips.

Perks n Brews, Viman Nagar
While this interesting student-friendly café has free Wi-Fi, their bookshelf hoarding a collection of books and magazines also encourages a lot of readers. The good folks of Perks n Brews also allow you to take a book if you replace it with another one. The café is a great pit-stop for ones with an appetite – you can feast on soups, salads, sandwiches, pizzas and lots more. What’s endearing about this place is a glass wall dedicated to colourful post-it notes where you can show your love for the cafe.

Fat Cat’s Café, Wanowrie
This little café offers the neighbourhood in Wanowrie a quiet slice of Europe with its distinct cool mint wooden seating. When you see the spectacled owner behind the counter reading intently, you’ll understand why there’s a fully stocked book shelf in the café. Feel free to browse and pick up a book from their collection. Their moist Red Velvet Cake and Dense Chocolate Cake has earned them much adulation. Their menu has constant additions – watch out for the summer specials like the Mango and Custard Tart.

Coffee and cookies at Book Cafe Ssong, Aundh, Pune
Books Café Ssong, Aundh
The pretty little cafe has just opened its door but has already on our list of favourite cafes. Run by a Korean owner, you can’t miss their cute curios making up the interiors – wooden seating, green potted plants, adorable cushion covers, dainty teapots, clipped Polaroid pictures and of course, colourful paperback books. Scan the limited menu written on slate and choose between the Ham and Cheese Sandwich and the Cinnamon French Toast and drown it with Cold Coffee.With such pretty cafes on the list, we just can't wait for the rains when the city will look prettier and greener. You know where to find us with a cup of coffee/chai and a book.

Popular posts from this blog

INSIDE THE GO CHEESE FACTORY

July 07, 2015
Last weekend, I got a unique opportunity to visit Gowardhan Cheese Factory in Manchar district, a good two hour drive from Pune city. The owning home-grown company Parag Milk Foods brand portfolio includes Gowardhan and GO boasting of a range of dairy products that have been retailed across Mumbai and Pune over the last decade. I first started using their yoghurt when the local kirana store ran out of my usual preference of Amul , Danone and Britannia . One spoon of it and I instantly found it so fresh, light and 'unprocessed'. I have always loved cheese but now I even prefer it over chocolate. So when I was scheduled to visit the GO factory, it bore semblance to winning the golden ticket and entering glistening gates to its factory much like the popular Roald Dahl 's  Charlie . Except that it was not all that dramatic!
33 comments
Read more

December 15, 2014
Mussoorie International School “Hanisha, you’re going to boarding school! Are you excited?” To my eleven year old mind, this one sentence coming to me from my mum was just too much to process; I probably did not completely comprehend the entirety of the situation and the journey I was going to embark on. One minute, it is life as usual with my sisters and I returning from day school in Nigeria lugging a 3kg bag with books – and the next minute, there was going to be a disruption in this cyclical routine of eight years in the form of being sent to a boarding school in Mussoorie. I did not even know where Mussoorie was! Was I prepared to leave behind my oyster and be swung atop mountains unknown? I was fresh out of fifth standard and watched as my mum and dad gathered the contents of my cupboard and neatly placed them into a suitcase. We were departing for Delhi the next day from where we would hail a cab and head towards my mum’s maternal home in Jaipur. I remember it all so w
21 comments
Read more

The Jallianwala Bagh Massacre...99 Years On

April 13, 2018
This painted mural at the Jallianwala Bagh Memorial depicts the horrors of April 13, 1919 99 years ago on this very day, thousands of innocent Indians were shot and killed by armed British forces in Amritsar, and to date there has been no formal apology from Britain. So what really happened... The ground zero was Jallianwala Bagh. Around 15,000 men, women and children had gathered at this open public space on Baisakhi Day to protest the Rowlatt Act (an Act that empowered authorities to imprison without trial). Upon learning of this gathering, General Edward Henry Dyer rounded up a troop of 50 men armed with 1,650 bullets who were instructed to fire at the chests of the Indians until the last bullet was fired. They sealed the only two exits of the Bagh, then the size of three football fields surrounded by homes. Without any warning, rounds were fired and with all the exists sealed by the troops, to escape the bullets, many died jumping into a well or in t
14 comments
Read more